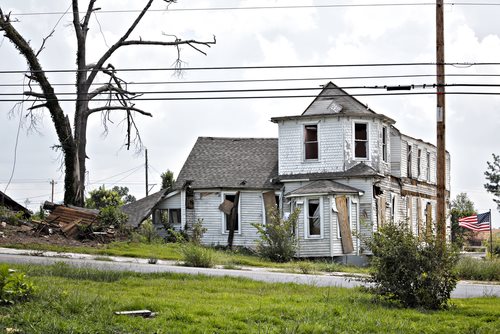 On Friday, September 21, the FHA released a Mortgagee Letter that reiterated the important polices concerning the insurance handouts to homeowners trying to rebuild their damaged property after a natural disaster like a hurricane.

The Letter was released because the U.S. Department of Housing and Urban Development (HUD) had begun to notice that some lenders were using the insurance funds to pay off outstanding mortgage balances.  These actions resulted in many homeowners failing to obtain the proper materials to rebuild their damaged homes and property.

The HUD encourages lenders to do the following after a natural disaster:

1. provide copies of the hazard insurance policies when homeowners request the information

2. quickly hand over the insurance claim funds to homeowners when a repair plan has been authorized

3. follow strict guidelines so the insurance claims are filed and settled quickly

Louisiana Senator Mary Landrieu stated the following about the policies under the FHA: “This ensures that the actions of several unscrupulous mortgage lenders after Katrina will not be repeated during recovery from Isaac.  It is important that homeowners themselves receive their insurance proceeds so they can begin to rebuild their homes and lives impacted by this storm.”

The FHA also stresses the fact that lenders need to quickly release funds for personal property, temporary living quarters, and multiple other expenses.  Unless the homeowner has signed a written consent, the lender cannot withhold the funds.

Carol Galante, the FHA’s Acting Commissioner, states, “FHA Lenders are always required to follow our guidance and, particularly following a devastating disaster like Hurricane Isaac, it is important that FDA take affirmative steps to ensure that is the case.”